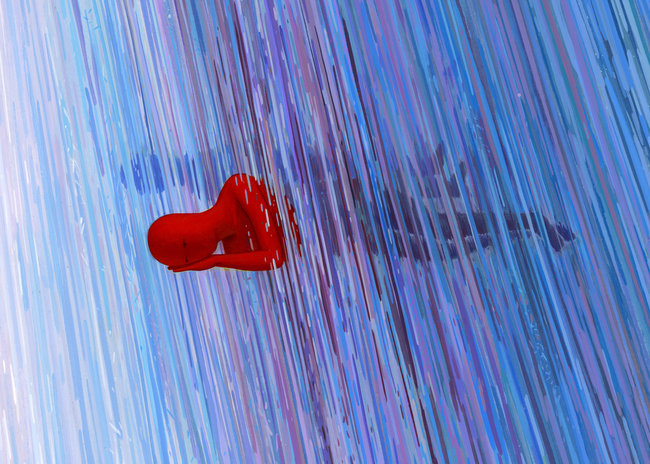 SOMETIME in the dark stretch of the night it happens. Perhaps it’s the chime of an incoming text message. Or your iPhone screen lights up to alert you to a new e-mail. Or you find yourself staring at the ceiling, replaying the day in your head. Next thing you know, you’re out of bed and engaged with the world, once again ignoring the often quoted fact that eight straight hours of sleep is essential.

Sound familiar? You’re not alone. Thanks in part to technology and its constant pinging and chiming, roughly 41 million people in the United States — nearly a third of all working adults — get six hours or fewer of sleep a night, according to a recent report from the Centers for Disease Control and Prevention. And sleep deprivation is an affliction that crosses economic lines. About 42 percent of workers in the mining industry are sleep-deprived, while about 27 percent of financial or insurance industry workers share the same complaint.

Typically, mention of our ever increasing sleeplessness is followed by calls for earlier bedtimes and a longer night’s sleep. But this directive may be part of the problem. Rather than helping us to get more rest, the tyranny of the eight-hour block reinforces a narrow conception of sleep and how we should approach it. Some of the time we spend tossing and turning may even result from misconceptions about sleep and our bodily needs: in fact neither our bodies nor our brains are built for the roughly one-third of our lives that we spend in bed.

The idea that we should sleep in eight-hour chunks is relatively recent. The world’s population sleeps in various and surprising ways. Millions of Chinese workers continue to put their heads on their desks for a nap of an hour or so after lunch, for example, and daytime napping is common from India to Spain.

One of the first signs that the emphasis on a straight eight-hour sleep had outlived its usefulness arose in the early 1990s, thanks to a history professor at Virginia Tech named A. Roger Ekirch, who spent hours investigating the history of the night and began to notice strange references to sleep. A character in the “Canterbury Tales,” for instance, decides to go back to bed after her “firste sleep.” A doctor in England wrote that the time between the “first sleep” and the “second sleep” was the best time for study and reflection. And one 16th-century French physician concluded that laborers were able to conceive more children because they waited until after their “first sleep” to make love. Professor Ekirch soon learned that he wasn’t the only one who was on to the historical existence of alternate sleep cycles. In a fluke of history, Thomas A. Wehr, a psychiatrist then working at the National Institute of Mental Health in Bethesda, Md., was conducting an experiment in which subjects were deprived of artificial light. Without the illumination and distraction from light bulbs, televisions or computers, the subjects slept through the night, at least at first. But, after a while, Dr. Wehr noticed that subjects began to wake up a little after midnight, lie awake for a couple of hours, and then drift back to sleep again, in the same pattern of segmented sleep that Professor Ekirch saw referenced in historical records and early works of literature.

It seemed that, given a chance to be free of modern life, the body would naturally settle into a split sleep schedule. Subjects grew to like experiencing nighttime in a new way. Once they broke their conception of what form sleep should come in, they looked forward to the time in the middle of the night as a chance for deep thinking of all kinds, whether in the form of self-reflection, getting a jump on the next day or amorous activity. Most of us, however, do not treat middle-of-the-night awakenings as a sign of a normal, functioning brain.

Doctors who peddle sleep aid products and call for more sleep may unintentionally reinforce the idea that there is something wrong or off-kilter about interrupted sleep cycles. Sleep anxiety is a common result: we know we should be getting a good night’s rest but imagine we are doing something wrong if we awaken in the middle of the night. Related worries turn many of us into insomniacs and incite many to reach for sleeping pills or sleep aids, which reinforces a cycle that the Harvard psychologist Daniel M. Wegner has called “the ironic processes of mental control.”

As we lie in our beds thinking about the sleep we’re not getting, we diminish the chances of enjoying a peaceful night’s rest.

This, despite the fact that a number of recent studies suggest that any deep sleep — whether in an eight-hour block or a 30-minute nap — primes our brains to function at a higher level, letting us come up with better ideas, find solutions to puzzles more quickly, identify patterns faster and recall information more accurately. In a NASA-financed study, for example, a team of researchers led by David F. Dinges, a professor at the University of Pennsylvania, found that letting subjects nap for as little as 24 minutes improved their cognitive performance.

In another study conducted by Simon Durrant, a professor at the University of Lincoln, in England, the amount of time a subject spent in deep sleep during a nap predicted his or her later performance at recalling a short burst of melodic tones. And researchers at the City University of New York found that short naps helped subjects identify more literal and figurative connections between objects than those who simply stayed awake.

Robert Stickgold, a professor of psychiatry at Harvard Medical School, proposes that sleep — including short naps that include deep sleep — offers our brains the chance to decide what new information to keep and what to toss. That could be one reason our dreams are laden with strange plots and characters, a result of the brain’s trying to find connections between what it’s recently learned and what is stored in our long-term memory. Rapid eye movement sleep — so named because researchers who discovered this sleep stage were astonished to see the fluttering eyelids of sleeping subjects — is the only phase of sleep during which the brain is as active as it is when we are fully conscious, and seems to offer our brains the best chance to come up with new ideas and hone recently acquired skills. When we awaken, our minds are often better able to make connections that were hidden in the jumble of information.

Gradual acceptance of the notion that sequential sleep hours are not essential for high-level job performance has led to increased workplace tolerance for napping and other alternate daily schedules.

Employees at Google, for instance, are offered the chance to nap at work because the company believes it may increase productivity. Thomas Balkin, the head of the department of behavioral biology at the Walter Reed Army Institute of Research, imagines a near future in which military commanders can know how much total sleep an individual soldier has had over a 24-hour time frame thanks to wristwatch-size sleep monitors. After consulting computer models that predict how decision-making abilities decline with fatigue, a soldier could then be ordered to take a nap to prepare for an approaching mission. The cognitive benefit of a nap could last anywhere from one to three hours, depending on what stage of sleep a person reaches before awakening.

Most of us are not fortunate enough to work in office environments that permit, much less smile upon, on-the-job napping. But there are increasing suggestions that greater tolerance for altered sleep schedules might be in our collective interest. Researchers have observed, for example, that long-haul pilots who sleep during flights perform better when maneuvering aircraft through the critical stages of descent and landing.

Several Major League Baseball teams have adapted to the demands of a long season by changing their sleep patterns. Fernando Montes, the former strength and conditioning coach for the Texas Rangers, counseled his players to fall asleep with the curtains in their hotel rooms open so that they would naturally wake up at sunrise no matter what time zone they were in — even if it meant cutting into an eight-hour sleeping block. Once they arrived at the ballpark, Montes would set up a quiet area where they could sleep before the game. Players said that, thanks to this schedule, they felt great both physically and mentally over the long haul.

Strategic napping in the Rangers style could benefit us all. No one argues that sleep is not essential. But freeing ourselves from needlessly rigid and quite possibly outdated ideas about what constitutes a good night’s sleep might help put many of us to rest, in a healthy and productive, if not eight-hour long, block.

David K. Randall is a senior reporter at Reuters and the author of “Dreamland: Adventures in the Strange Science of Sleep.”

A version of this op-ed appeared in print on September 23, 2012, on page SR1 of the New York edition with the headline: Rethinking Sleep.