MOVIE REVIEW The Darker Side of the Story ‘Snow White and the Huntsman,’ With Kristen Stewart 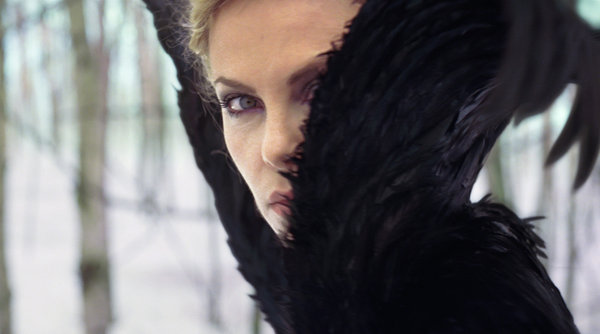 I’m not sure this counts as a spoiler of anything other than Universal’s sleek and seductive marketing campaign — which has properly emphasized crows, swords and Charlize Theron’s hair — but there are actually some dwarfs in the new movie “Snow White and the Huntsman.” The small fellows who befriend the exiled princess here are nothing like the grumpy, sneezy, dopey guys you remember from the Disney version. The actors who play them (including Ian McShane, Eddie Marsan, Ray Winstone and the great Bob Hoskins, all digitally shrunken) might otherwise have been assembled for a nasty little Cockney gangster film. These dwarfs are industrious, but they don’t whistle while they work. Their most memorable song is a haunting dirge performed at the funeral pyre of a fallen comrade. So take note: There is nothing cute about this movie.

More About This Movie 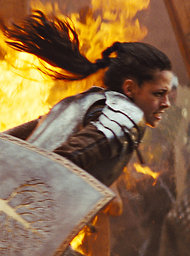 A version of this review appeared in print on June 1, 2012, on page C1 of the New York edition with the headline: The Darker Side of the Story.

Posted by GeorgesBays Positive Outlook at 10:51:00 AM