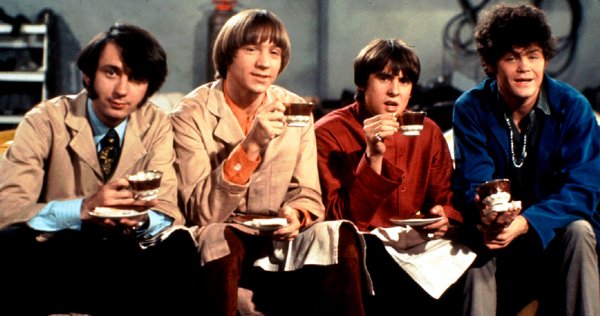 via Reuters
The Monkees in their heyday: from left, Michael Nesmith, Peter Tork, Davy Jones and Micky Dolenz. Mr. Jones died on Wednesday at age 66.

A sortable calendar of noteworthy cultural events in the New York region, selected by Times critics.
Enlarge This Image 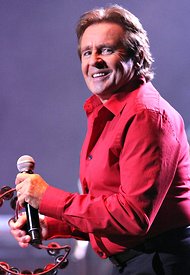 Davy Jones of the Monkees performed live at the Manchester Apollo last May.
The apparent cause was a heart attack, his publicist, Helen Kensick, said.
Created in 1966, the Monkees comprised Mr. Jones, Micky Dolenz, Michael Nesmith and Peter Tork. The group sold millions of records. Its recording of “Daydream Believer,” by John Stewart, became a No. 1 single, as did its recording of “Last Train to Clarksville,” by Tommy Boyce and Bobby Hart, and its cover of Neil Diamond’s “I’m a Believer.”
Though the Monkees officially lasted only until the early ’70s, they reconvened sporadically for decades. For much of that time Mr. Jones also toured as a solo singer-songwriter; among his last performances was one on Feb. 18 at B. B. King Blues Club & Grill in Manhattan.
For all the Monkees’ chart-topping acclaim, the group never pretended to be anything other than what it was: a smoke-and-mirrors incarnation of a pop group reminiscent of that mop-topped one from Liverpool, created for a benignly psychedelic American TV sitcom.
Broadcast on NBC, “The Monkees” lasted just two seasons, from September 1966 to March 1968, and featured Messrs. Jones, Dolenz, Nesmith and Tork as members of a freewheeling, fun-loving, beach-house-dwelling, up-and-coming pop group. The show won two Emmys in 1967: for outstanding comedy series and, to the director James Frawley, for outstanding directorial achievement in comedy.
To this day, its theme song is hard-wired into the baby-boomer brain:
Hey, hey, we’re the Monkees,
and people say we monkey around.
But we’re too busy singing
to put anybody down.
While the four did much of their own singing, they were relatively unbusy playing. Though each played an instrument — growing more proficient with time — most of the instrumentals on their albums were supplied by studio musicians. (On one album, “Headquarters,” released in 1967, the Monkees played their instruments themselves.)
The group’s critical reception was not unsurpassed. In 1967, in an article about one of the Monkees’ relatively rare live concerts of the period, at Forest Hills Stadium in Queens, The New York Times said:
“Frequently during the performance, sound that resembled the lowing of a sick cow hovered over the stadium. This turned out to be one of those horns often heard at Shea Stadium during baseball games. It didn’t seem to hurt the musical evening.”
But the critics could not dim the profuse enthusiasm of fans, who were overwhelmingly young, female and shrieking — tweeners before the word was applied to that demographic.
This adulation (and in later years nostalgia) kept the Monkees going, in various incarnations, on and off for decades. Last year three-quarters of the group, absent Mr. Nesmith, briefly toured Britain and the United States before cutting the tour short because of unspecified internal dissension.
The group’s frontman and the only actual Englishman of the four, Mr. Jones was inclined to elicit the loudest shrieks of all. An index of his appeal was his guest appearance on a memorable episode of “The Brady Bunch” from 1971 entitled “Getting Davy Jones.” In it, Mr. Jones, playing himself, saves Marcia, the family’s eldest daughter, from social ruin by attending her prom.
Television and the stage were actually Mr. Jones’s original vocations.
David Thomas Jones was born on Dec. 30, 1945, in Manchester, England. A child actor, he appeared on “Coronation Street,” the British soap opera that went on the air in 1960 and is still running, and in the police drama “Z Cars.” After his mother’s death when he was a teenager, he abandoned acting. Slight of build — he stood not much more than 5 feet tall in his prime — he began to train as a jockey.
Lured back into the theater a few years later, he played the Artful Dodger in the West End musical “Oliver!” When the production moved to Broadway in 1963, he reprised the role (billed as David Jones), earning a Tony nomination as best featured actor in a musical.
Appearing with the cast of “Oliver!” on “The Ed Sullivan Show,” Mr. Jones had a transformative moment. After the cast sang, he heard wild cheering. But alas it was not for them: it was for the Beatles, also booked on the show that day.
“I thought: Is that what happens when you’re a pop singer?” Mr. Jones told The Palm Beach Post in 2004. “I want to be part of that!”
His work on Broadway led to guest roles on a few mid-’60s television shows, including “Ben Casey” and “The Farmer’s Daughter.” He was signed to a contract with Columbia Pictures/Screen Gems Television, which produced “The Monkees.”
Mr. Jones, who had homes in Hollywood, Fla., and Beavertown, Pa., spent his later years touring; acting occasionally on television shows like “My Two Dads” and “Boy Meets World”; raising horses; and recording, including the well-received solo album “Just Me” (2001), which featured his original songs.
Whatever Monkeedom still attached to him (and it was considerable) did not dismay him.
“People ask me if I ever get sick of playing ‘Daydream Believer’ or whatever,” he told The Chicago Daily Herald, a suburban newspaper, in 2006. “But I don’t look at it that way. Do they ask if Tony Bennett is tired of ‘I Left My Heart in San Francisco’?”
Mr. Jones’s first marriage, to Linda Haines, ended in divorce, as did his second, to Anita Pollinger. His survivors include his third wife, Jessica Pacheco; two daughters from his first marriage, Talia Jones and Sarah McFadden; two daughters from his second marriage, Jessica Cramar and Annabel Jones; three sisters, Hazel Wilkinson, Lynda Moore and Beryl Leigh; and three grandchildren.
The other three members of the Monkees also survive.
Perhaps Mr. Jones’s most enduring legacy takes the form of a name. The name belongs to another English musician, who burst on the scene some years after the Monkees. This man, too, had been born David Jones. But thanks to the Monkees’ renown, he knew he would have to adopt another name entirely if he was to have the hope of a career.
So he called himself David Bowie.

A version of this article appeared in print on March 1, 2012, on page A23 of the New York edition with the headline: Davy Jones Dies at 66; Heartthrob in the Monkees.